The Veterans Memorial Park, located in the Paseo Santa Fe District, was dedicated on April 24, 2016. The one acre site is a beautiful place for quiet reflection and contemplation to honor and remember veterans.  The “Letters Home” tiles provide a glimpse into young soldiers’ experiences during war. The park is located at S. Santa Fe Avenue near E. Broadway.

The park was created by the Pinamonti family to honor Ernie Pinamonti (their son/brother) killed in the Vietnam War. For the past five years, two of Ernie’s six siblings, Mary Ann and Rico Pinamonti, have worked closely with the city after their parents passed away to create a park which honors not only their brother’s heroism and sacrifice, but also that of many others who fought and died in the war.

A bronze statue of Ernie by a reflecting pond reading a letter from home serves as the centerpiece of the Veterans Memorial Park. Oregon sculptor Rip Caswell created the statue using photos of Ernie to create his likeness. Large tiles engraved with moving letters by Ernie and other soldiers surround the statue. The park also includes a children’s play area. 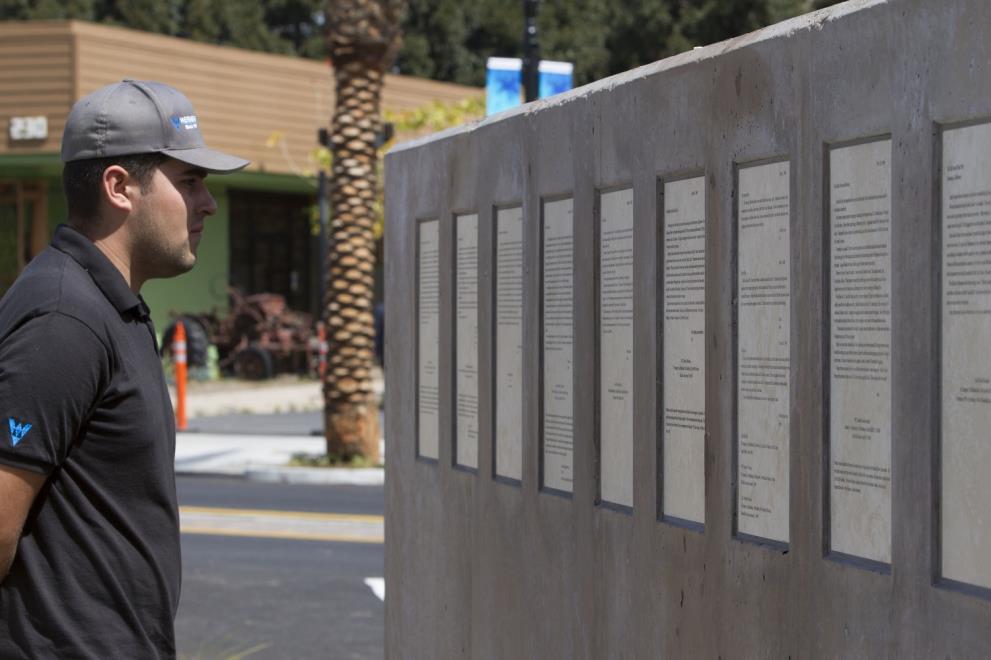