The City has been awarded a $2.3 million state grant funding to help build the new park. The Statewide Park Program (SPP) is the largest park related grant program in California. and the competitive grants are awarded to projects creating vibrant parks and healthier communities.


ABOUT THE NEW PARK
In 2016, the City purchased the property at 234 Pala Vista Drive, located along Civic Center Drive, north of Highway 78. The goal is to create a park for residents to enjoy the outdoors and to improve one of the key entry points into the city. The project meets two City Council priority goals: #1 Decrease blight and improve the City image; #2 Add additional park space.

Currently, the City's new park plans are in the design phase with ASR Landscape Architecture contracted to design the site. The park will include play areas, a climbing tree, public art, a passive recreation area, and a walking path.


TIMELINE
The project is currently in the design phase. (ASR Landscape Architecture)
The park is expected to be constructed and open to the public by spring, 2022.

In 2016, the City purchased the roughly one-acre future park site property to create more park space for residents and to improve one of the key entry points into the city. This stretch of Civic Center Drive has seen other improvements, including improved landscaped medians, the addition of a third southbound traffic lane to move cars to the freeway faster, and a new northbound right turn lane at Postal Way. In 2016, a Starbucks opened up at the corner of Civic Center and Phillips Street, a block from the future park site.

The park designs are reflective of the input from residents and other members of the public. 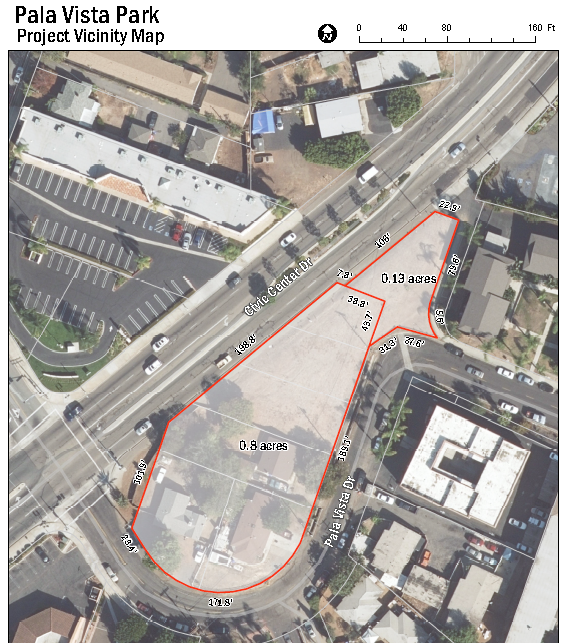