In the summer of 2018, Vista-based business incubator Open Source Maker Labs (OSML) conducted a small pilot program with the Department of the Navy’s Naval Innovation Advisory Council for an experiment in workforce development with emerging technologies. As part of that program, OSML hosted an engineering challenge problem via a part-time, unpaid internship with students from California State University San Marcos and Palomar College.

Dan Hendricks, OSML’s Founder and President, tells the rest of the story.

“The students operated as a team, and with some mentoring, made incredible progress in a very short time - with technologies and skills in which they had no previous experience,” Hendricks began. “The experiment was a huge success in that the students demonstrated their ability to rapidly learn new skills to successfully solve the engineering challenge. At the conclusion to the program, I asked several of the students if they had considered forming a startup company based on the technology they had developed. They were as surprised at the question as I was at their answer - they had never considered starting their own company as a possibility, and thought they would need someone’s permission. I explained that many of us are dedicated to ensuring that they have the freedom and liberty in this country to do exactly that - they certainly could if they made the choice. Four of them made that choice and formed a startup company - simpl Inc., which is focused on an innovative approach to energy monitoring and management.” 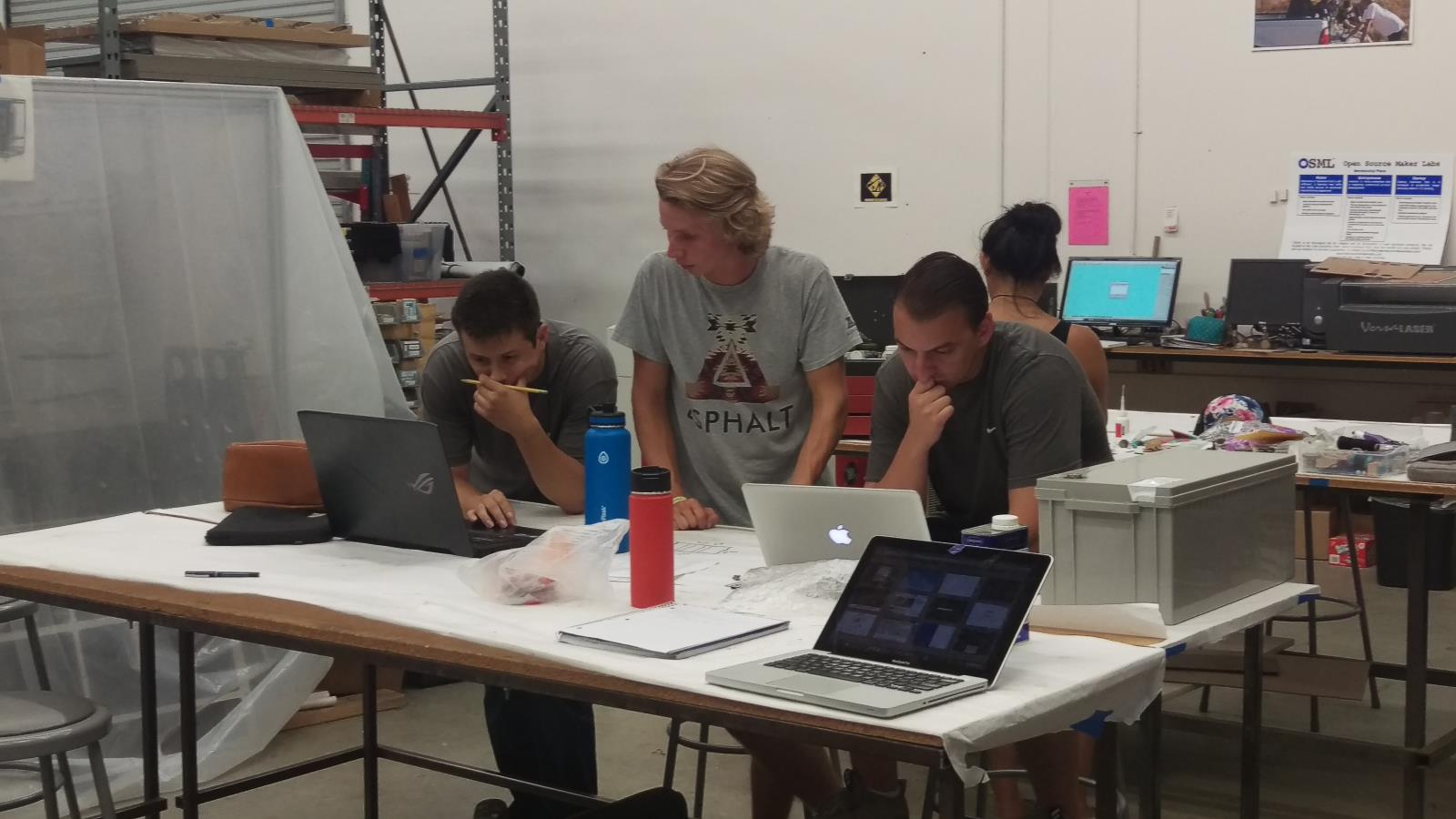 The simpl team during their OSML internship summer 2018.

Simpl, which hopes to transform the energy management space, is now based at OSML as part of its business incubator program. In fact, the startup has been utilizing OSML to fine tune its pilot program. Starting June 1, simpl will be accepting 50 members to be part of its pilot program. On that day, users can visit thesimplco.com to RSVP for the Pilot Launch Party, which kicks the program off on June 15 at OSML (the site is currently under construction - stay tuned!). The pilot project will allow simpl to validate the market of its technology. The company’s alpha release is expected August 1.

The simpl platform provides ratepayers smart home functionality, “without the gimmicks and hassle;” gives utilities the ability, with explicit ratepayer consent, to have actionable grid information with demand response capabilities; and a marketplace to invest in solar with concrete, personalized ROI, which allows both suppliers and ratepayers to profit.

“Our app creates a hub on your computer and connects to thermostats. We store some of that data on our cloud service for users to look back on and to share with utilities and solar installers with user permission,” explained simpl’s CEO Erick Ochoa. “We give ratepayers complete control over their information and can exchange it for customized pricing and financing for solar. Once they choose to purchase solar we give them an investment option where they pay a fixed interest on the price for the system (around 3.13% with good credit) and we invest the interest for them. So they get the benefit of low-cost solar that’s customized for them, they get the immediate cost savings from solar, and they benefit in the long term by having a nest egg

growing in the long term. Our software is a local, but cloud enhanced platform that makes energy savings profitable.”

The simpl team now consists of three CSUSM alumni, including Ochoa, who graduated in December 2018, and one Palomar College student who was recently accepted into the electrical engineering program at UCLA. Ochoa said OSML is the perfect launching pad for a new startup like simpl 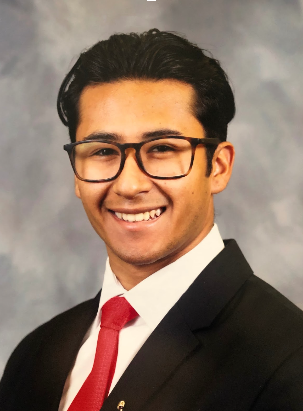 “I like to think of OSML as a prototyper's dream,” he said. “There's an entire warehouse with every piece of equipment you need to develop an MVP (minimal viable product). Additionally, there is an innovative bug that really unites all of OSML members, which results in an incredibly inspiring and practical atmosphere. Ideas can be coupled with the talent and resources in order to become reality.”

OSML was launched in October 2014 as a family business to support the emerging “maker movement” of tech-centric, do-it-yourself inventors and entrepreneurs.  Since then, it has evolved into a business incubator to support entrepreneurs and startups that need to prototype their products, and to provide experience-based learning for new professionals entering the workforce.

“I’ve always had a strong interest in science and technology, and as I retired from the Navy as an Engineering Duty Officer, we came up with this idea as a way to ‘pay it forward’ by helping others get engaged in (or invent) new technologies,” said Hendricks, who also advises many of the startups incubating at OSML, including simpl.  “We live in North County and really enjoy the area. Vista was a great location at the center of the Innovate78 corridor and has been very supportive of our business.”

Hendricks said simpl is a perfect example of the kinds of talent and innovation happening in North County.

“Their team is formed of students from Cal State San Marcos and Palomar College that met during a summer internship program at OSML. In a short amount of time, they’ve done an incredible job of developing their ideas by reaching out to a diverse set of potential industry partners and customers,” he said.

OSML’s goal is to create similar opportunities for more people to participate and excel in the growing economy - as employees, entrepreneurs and startups. 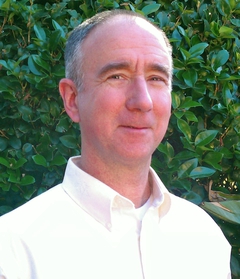 “One of the primary ways we do this is by bridging the skills gap (or rather the experience gap). We do a lot of activities with college students and recent graduates, as well as local businesses - we are a part of both communities, and see the experience gap from both perspectives,” Hendricks explained. “We have worked with and mentored a lot of college students that were graduating with a good education, but were ‘sitting on the bench’ for up to a year trying to find a job in their area of study. They had the degree, but no experience.”

“At the same time, all the employers we work with were frustrated in trying to find local talent - people that could apply their education to solve real problems, work in a team, and communicate well,” he added. “To help close this gap, we started a series of ‘engineering challenges’ to give students some real-world experience, working in teams in an industrial environment to solve difficult problems. We’ve partnered with Palomar College, Cal State San Marcos, and MiraCosta College with several pilot programs to provide students with these opportunities. We’ve had some great success stories with students getting hired in their field, accepted into graduate schools, and greatly increasing their abilities and their confidence to engage in the economy.” 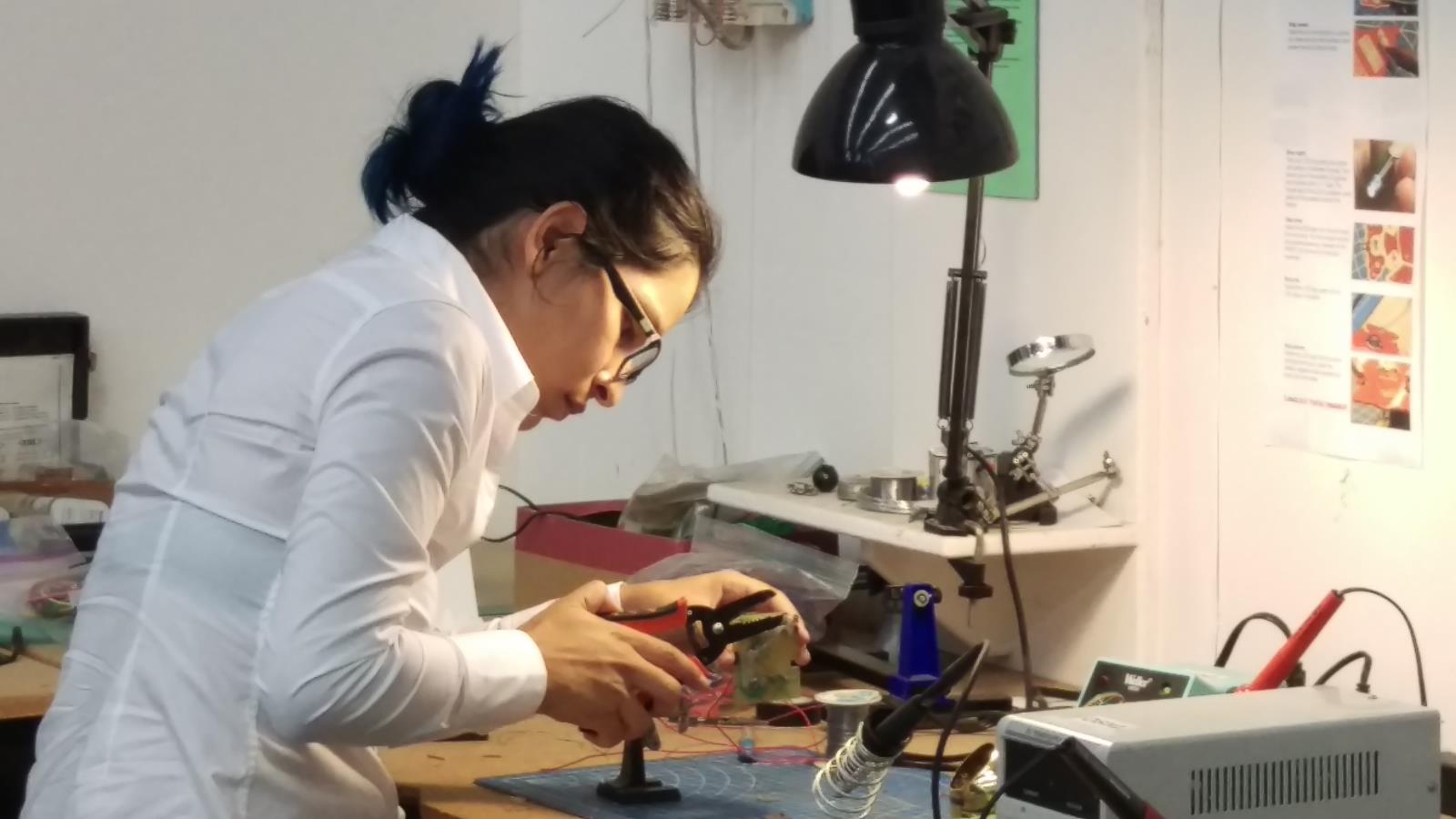 For Ochoa and his team, that success couldn’t happen without the resources provided by OSML.

“The biggest takeaway has been that there's always going to be ‘unknown unknowns,” he said about entrepreneurship. “We try to position ourselves to learn from people with decades of experience and market intelligence so we can operate with the best information available.”

Ochoa added that simpl, which is currently self-funded, plans to accept “donations” from friends and family and is seeking strategic partnerships with electric co-ops and smaller thermostat companies.


Another new startup at OSML is Microventures, whose focus is international trade, ecommerce consulting, and product refinement/customization. The creator behind Microventures is Ali Ahmadi, who experienced OSML through his former employer, K-Tek, a successful manufacturer of film and TV products.

“I’ve always had the dream of being my own boss and creating a growing organization based on my ideas and values. OSML was actually a big influencer for me to finally take the entrepreneurial plunge,” Ahmadi said.  “OSML is the successful implementation of an entrepreneurial idea, and every time I’m at the lab, I’m surrounded by startups, entrepreneurs, and small business owners. The environment at the lab stimulates creativity and growth.”

Ahmadi said the tools and the OSML facility itself will allow him to evaluate samples and refine and customize products. “OSML will also allow me to deal with ‘growth spurts’ in the beginning as the staff is very accommodating and the versatile space layout can accommodate short-term space needs,” he said. “OSML will be the ace-up-my-sleeve and my Swiss Army knife-like multi-tool.  Furthermore, the OSML team and many regulars are great resources for advice.”

For now, Microventures is self-funded. Ahmadi said Vista, along with the whole North County region, has become a hotbed for startups due to the growing resources available such as OSML.

“North County offers a very unique opportunity: people can be inspired by the science and space talks at Wavelength Brewery in downtown Vista, nurture practical skills at OSML while going to school at the local colleges and universities, and then either work for local companies with global reach or choose an entrepreneurial path with OSML and Innovate78,” he said. “This region is very unique in through-the-ages offering and it shows in the growth of local businesses and the growth in the area in general. And Vista is the geographic center of it all. I’m so glad I moved here.”

Speaking of Vista, when Hendricks was looking for locations for OSML, he said it was challenging explaining the incubator’s business model. But, he said, the city was very receptive and welcoming.

“There was nothing like this in North County, so alignment with zoning regulations were difficult,” he said. “When we met with Kevin Ham, Vista’s Director of Economic Development, he immediately understood what we were proposing and said, ‘You’re a makerspace - you help start businesses - you’re in.’ Our operations aligned perfectly with the industrial R&D zoning for the Vista Business Park.”

Hendrick’s said OSML’s success - along with the companies it has helped foster - is a testament of the diverse mix of industries and resources along the 78 corridor - which is comprised of Vista, San Marcos, Escondido, Oceanside, and Carlsbad.

“The 78 corridor is a natural area for growth; there’s a diverse range of industries represented here, a well-balanced mix of zoning with relatively more affordable housing, and a growing talent supply with colleges and universities along the corridor,” he said. “We recognized that when we were researching a location for OSML in early 2014, we looked at a lot of economic and census data that made the choice very clear. Innovate78 was formed in April 2015 and really affirmed our choice of location in the center of this corridor - Vista. The active collaboration between the five cities for economic development of the region is unique, but also really reflective of the collaborative culture we see in this region.” 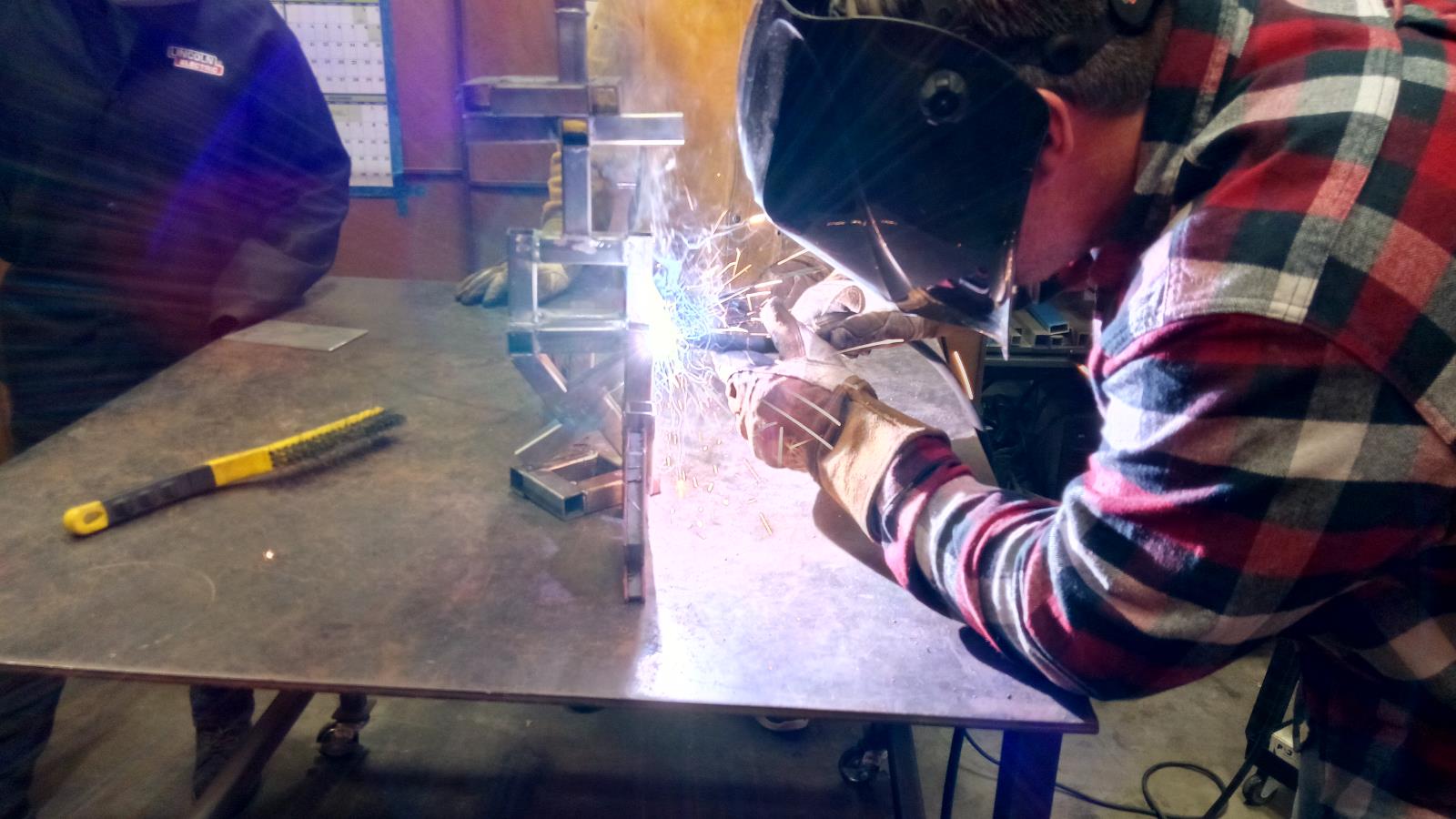 Kevin Ham said OSML brings an important element to the region's ecosystem. “By accelerating innovation through collaboration, OSML helps breed new ideas, companies, and jobs for our region. The City of Vista is proud to have such a valuable and diverse resource that provides assistance to local companies and inspiration and guidance to our current and future workforce.”

Editor’s Note: This is the first in a two-part series about Vista’s Open Source Maker Labs incubator and its mission to create connections and collaborations in the North County business community as well as foster entrepreneurship in the region and prepare the workforce of tomorrow.   To hear more about the origin of OSML, listen to Dan Hendricks on the Tacos & Tech podcast (Soundcloud, Google Play, iTunes).