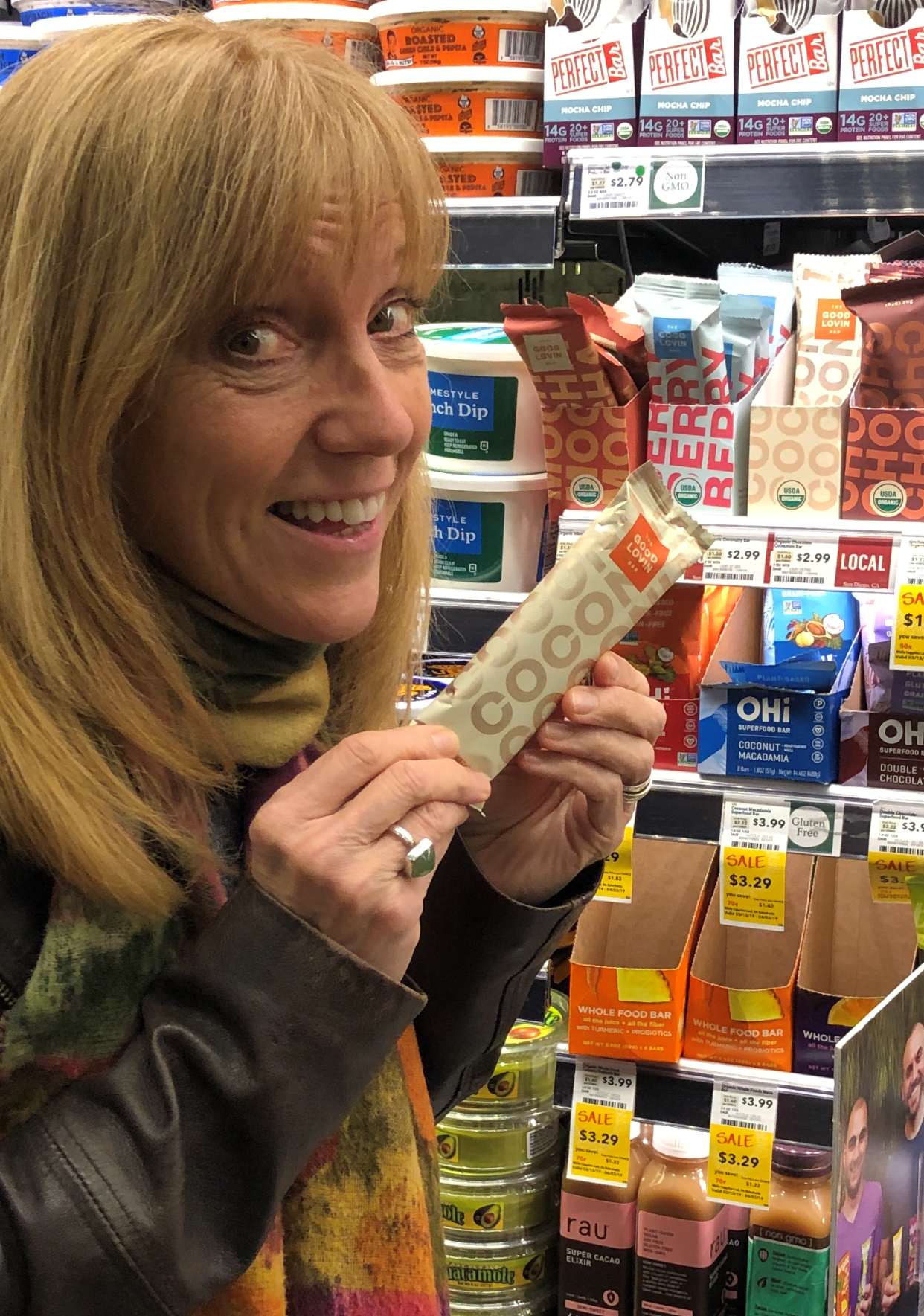 “The bars were created as a solution to a need in the marketplace for delicious fresh bars made from organic ingredients,” said Bernie Smith, who was raised in a family of foodies and even ran a mountaineering school in the 1980’s in New Mexico with her husband where they served students a high-quality vegetarian diet, including bars.

Smith said The Good Lovin’ Bar was originally tested at farmers’ markets around San Diego County years ago with great reception. “The idea of getting the bars into stores with a vision of nationwide distribution and sales was a worthy endeavor for the Good Lovin’ family.”

Currently, The Good Lovin’ Bars can be found locally in Whole Foods,

Jimbo’s Naturally, and North County coastal 7-Eleven’s. The company - which has a full-time crew of three owners and up to 10 part-timers during heavy demand - opened its headquarters in Vista in March 2018.

“Our experience with the City of Vista has been positive,” Smith said. “They are interested in being involved in any way that they can to help a business succeed.” 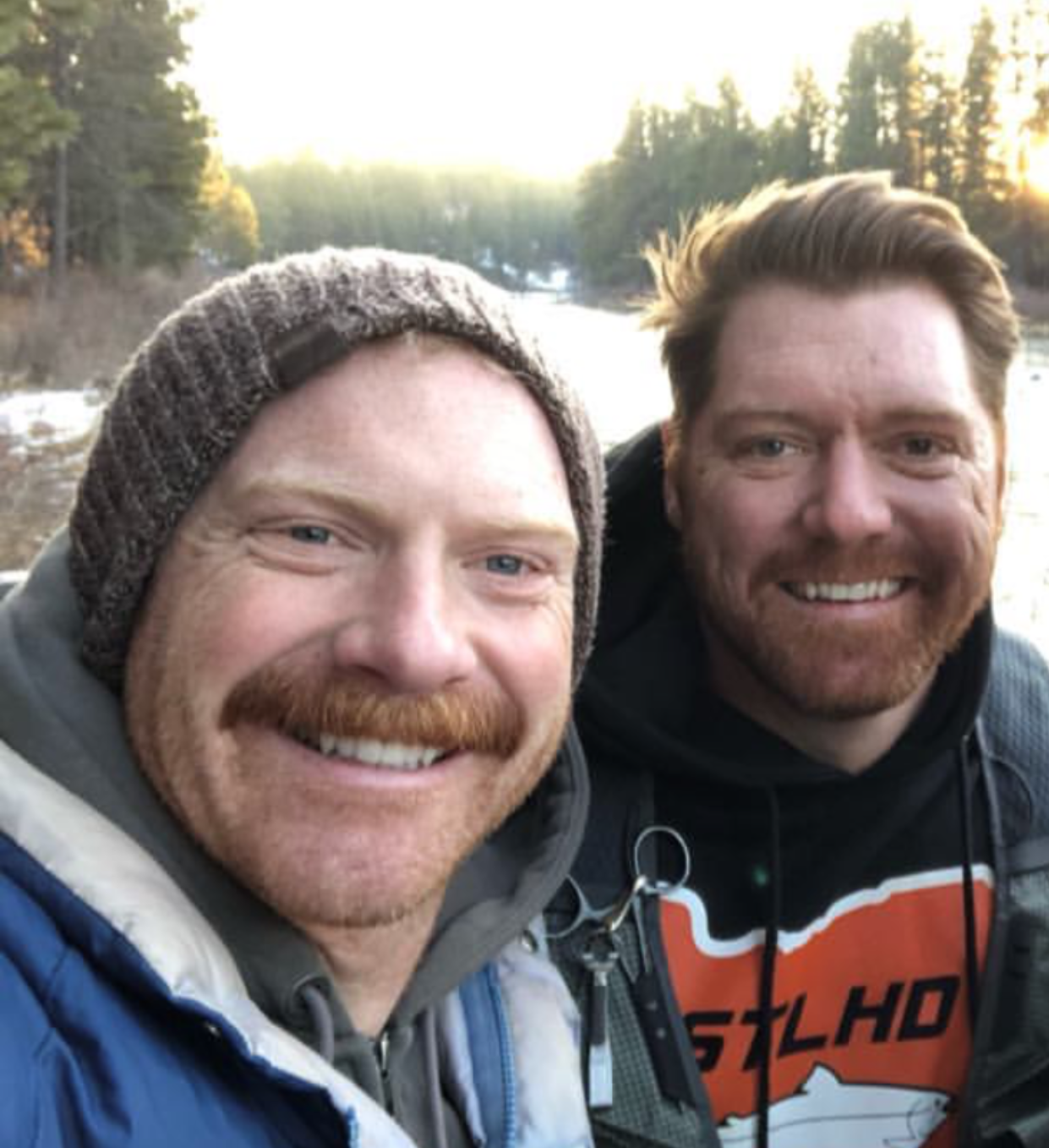 Smith added that Vista has become a recognized mecca for the food and beverage industry. “There has been a need in North County overall for quality food establishments. Over the past 10 years, many entrepreneurs have answered the call and the food scene has improved tremendously,” she said. “The Vista location is particularly appealing for food manufacturers because of the availability of industrial space, as well as the proximity to major highways. San Diego, Orange County, and LA are just a short distance away. Vista has become a hang out for locals that enjoy good food and brew. It’s awesome to not have to drive elsewhere in search of good grub.” 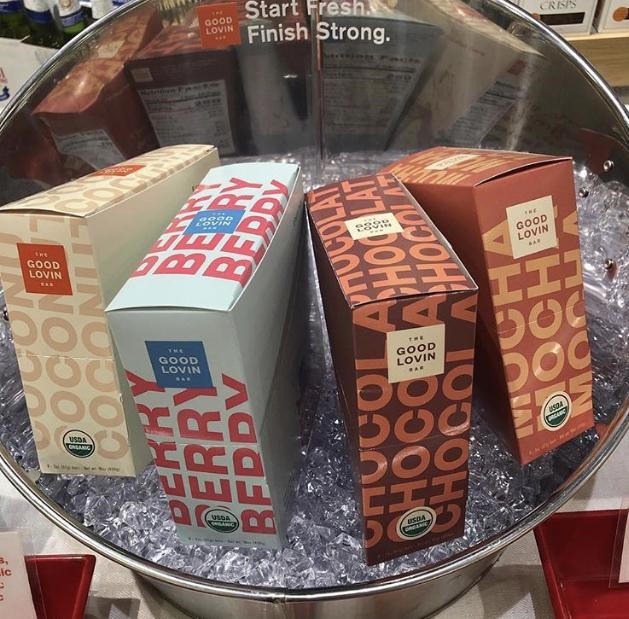 City officials are just as pleased with Vista’s foodie credentials. “We have been so impressed by the amount of innovative and creative food and beverage entrepreneurs Vista has attracted,” said Mayor Judy Ritter. “The city looks forward to further supporting the industry here as it rapidly evolves.”

Another company that has tapped into Vista’s thriving food and brew scene is Kombucha On Tap, which distributes kegs of kombucha, cold brew coffee, and more across Southern California. The founders, husband-and-wife team Deanne and Jared Gustafson, first thought of the idea for kombucha on tap during the summer of 2013 while visiting Bend, Oregon. Deanne, a big fan of kombucha in a bottle, saw it on tap everywhere in Bend.  She wondered why the fermented drink wasn’t available on tap in Southern California. Then the lightbulb went on. The two of them researched the market and saw a window of opportunity, plus Jared wanted to launch a company that fit his healthy active lifestyle. So, in 2014, Kombucha On Tap was born.

Since then, the company has grown tremendously. The Gustafson’s chose Vista as the company’s headquarters after outgrowing the first two shared warehouse spaces they rented in Oceanside near the Vista border. 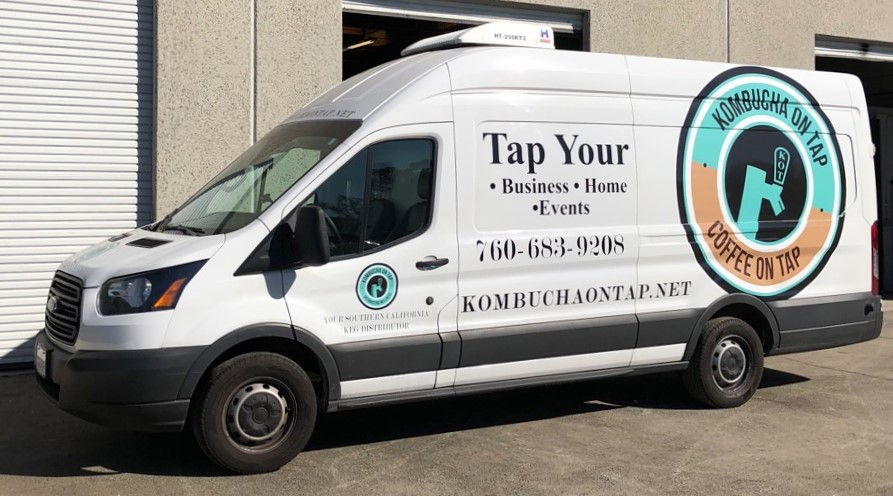 The Gustafson’s were even excited when Vista Mayor Judy Ritter asked to schedule a tour of the Kombucha on Tap facility to learn more about the company. “That doesn’t happen in all cities,” Deanne said. “It’s great to see the City of Vista so engaged with the community and truly caring about the success of the businesses headquartered here.”

Since 2015, Kombucha on Tap has grown over 372%. The company, which first began distributing one brand of kombucha, now delivers eight brands of kombucha, five brands of cold brew coffee, and Bitchin’ Sauce. Kombucha on Tap has also expanded from distributing throughout San Diego County to Orange County, Los Angeles County, Riverside County, Thousand Oaks, and now Palm Springs. In 2018, Kombucha On Tap was even recognized by the San Diego Business Journal as the 9th Fastest Growing Private Company in San Diego. 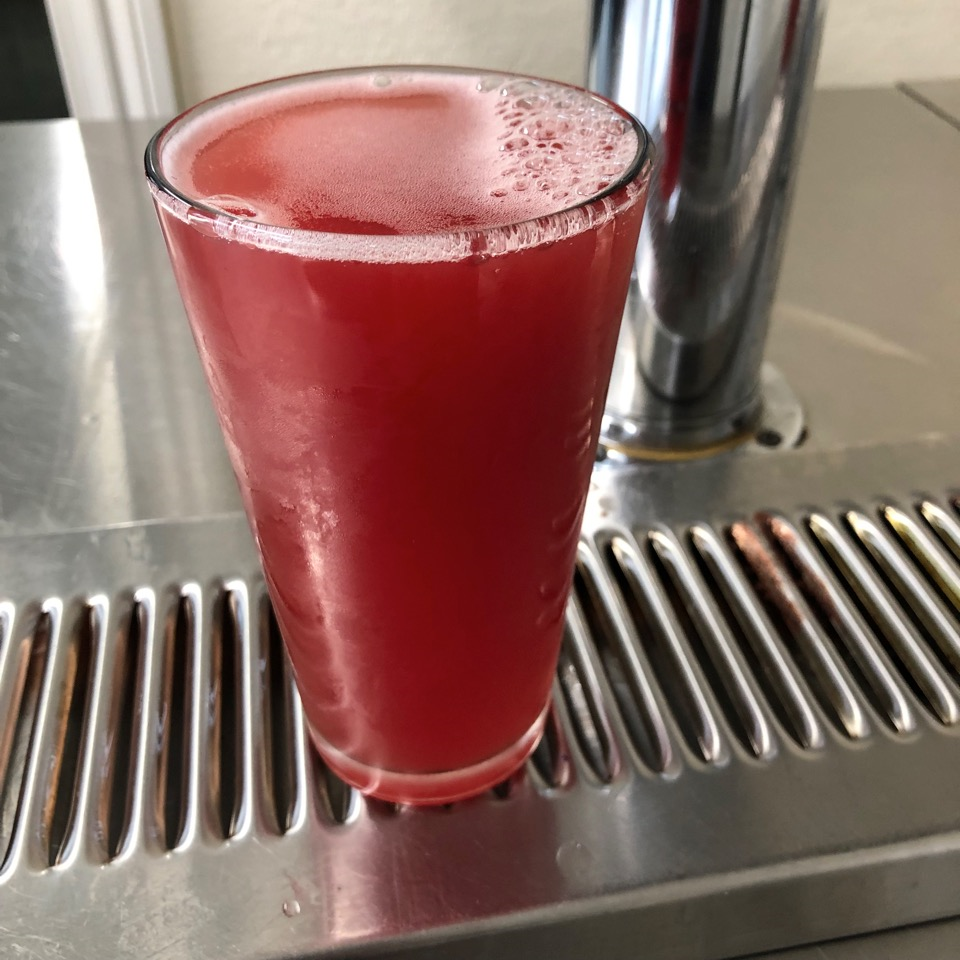 “We truly have the best team of employees, the most amazing customers and brands that we work with. We get to celebrate everyone’s growth along with ours,” Deanne said.

She also revealed a fun fact about Kombucha On Tap:  “Our company is actually older than our marriage. We started it when we were engaged.”

“Our motto is, ‘We drink on the job,’ and we absolutely do,” Deanne added. “All of our products are non-alcoholic; our whole team enjoys unlimited access to kombucha and cold brew.”

Kombucha On Tap, which is on a mission to spread wellness and happiness, is also passionate about giving back to the community. Each month, the employees do something good in the community, whether it’s serving meals to the homeless or volunteering for other great causes.

Isaac Fajardo is also thrilled to be part of Vista’s thriving food and beverage industry.  Fajardo and his brother Gil launched Tacupeto Chips & Salsa in 2007 with the idea of providing better chips and salsa compared to what can normally be purchased at the store.

“We moved around a lot in San Diego County before landing in Vista in 2014, moving into a much larger and permanent headquarters,” Fajardo said. “As a rapidly growing business community, we felt Vista was a great option in terms of finance. After our first few months, we discovered how easy and supportive it was to work with the city and the community through our build out. We found that the city’s planning department was very helpful and expedient when we were building our facility from scratch. That helped immensely during a difficult time of transition for the company.” 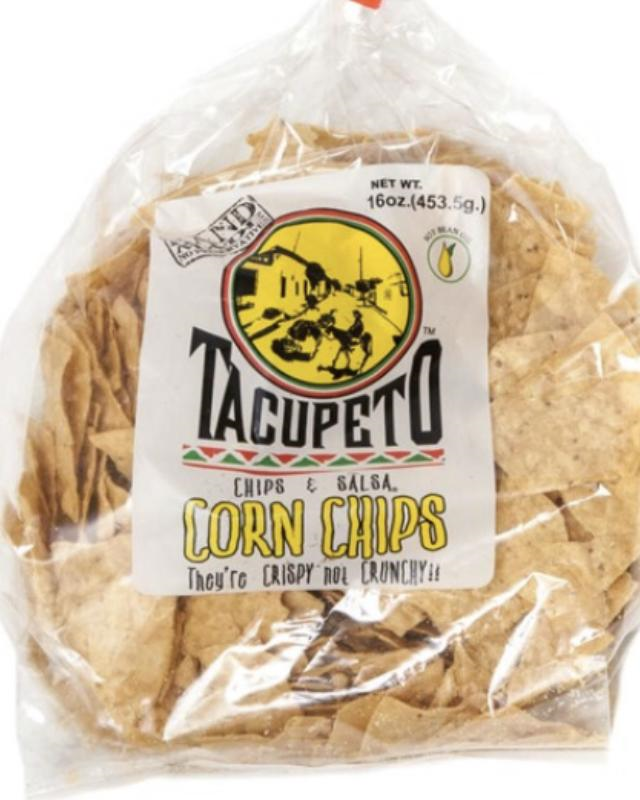 Tacupeto Chips & Salsa initially began selling its products to mom and pop shops, smaller grocery stores, and a few liquor stores around San Diego County, as well as to larger stores such as Sprouts and Whole Foods.

The company now sells its products in more than 500 stores across the U.S. The family-run business, which started out with two employees, now has 20. “We want to thank the City of Vista and the community for supporting us in our growth,” Fajardo said. 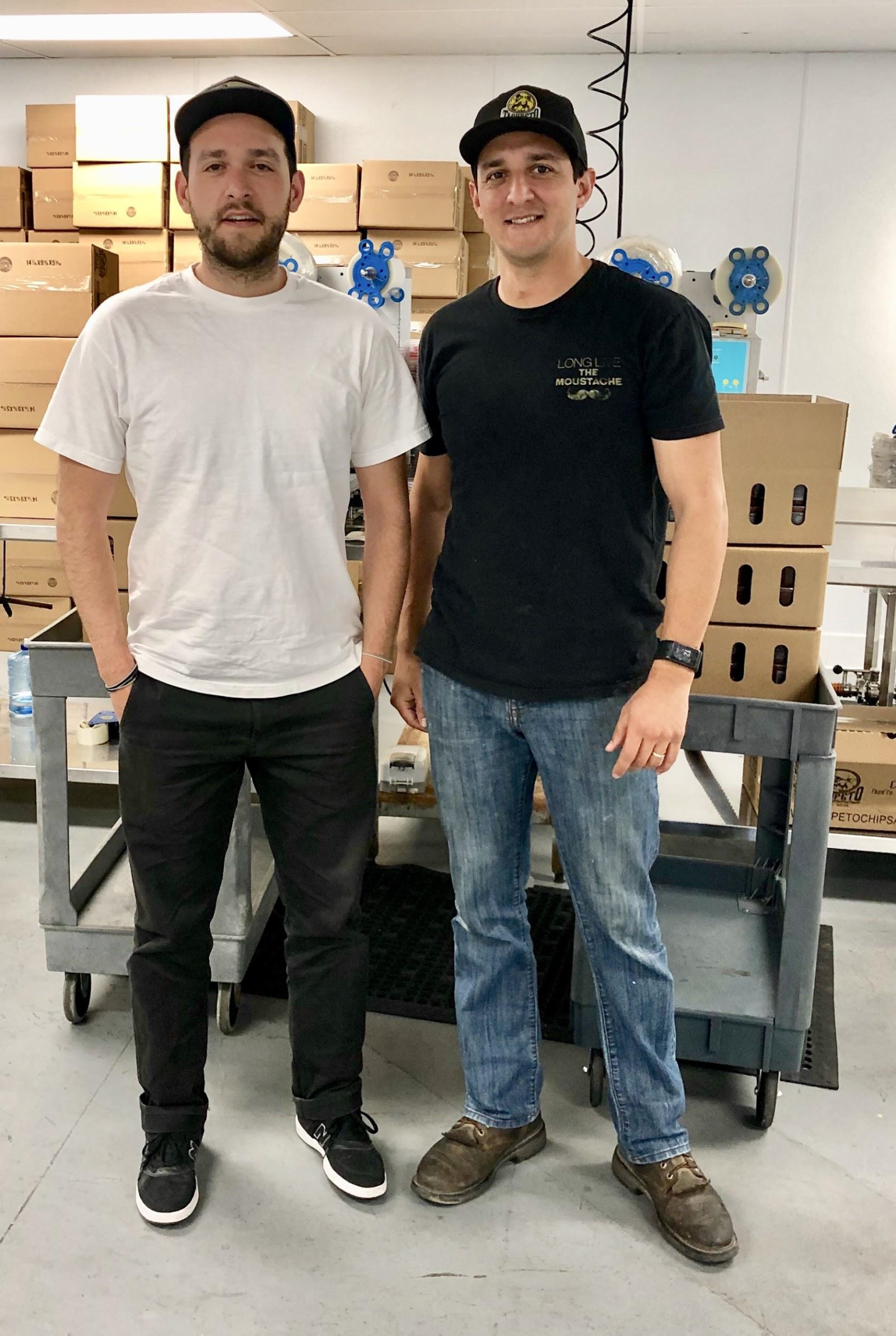 Audrey Darrow of Righteously Raw Chocolate has also built her business from the ground up. The breast cancer “thriver” launched Righteously Raw in 2008 in an effort to create “healthy food at an affordable price, the way chocolate ought to be.”

Starting in a small commercial facility, the company began producing its first bars and received an immediate positive response. “Here, we started to develop and implement one of our core company beliefs: That we put people first over profit. We only work with farms and growers who treat their employees well. As a manufacturer, we go above and beyond for all of our employees, offering full health care, 401K benefits, paid lunches, a stocked snack room, and paid vacation and sick days. We believe a happy employee is a productive employee, and that infectious positive energy in our facility is reflected in our chocolate,” said Darrow, CEO Earth Source, Inc. dba Earth Source Organics, the parent company of Righteously Raw Chocolate. 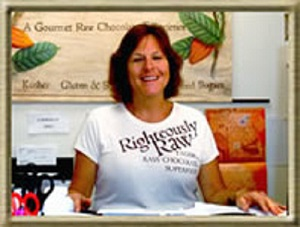 Today, Righteously Raw, which operates out of an 11,000 square-foot facility in Vista, sells its certified organic, vegan, and gluten-free dark chocolates in about 800 stores across the U.S.

“I originally launched my business in San Marcos and then moved to Vista in 2011 because the price was right for an offer we had for a larger facility. It was one we were in for three years and then moved again to where we have resided for five years,” Darrow said. “Along the way, we have had our share of difficulties as everyone experiences in business. But, we have incredible opportunities coming to us in 2019 and plan to take advantage of them all. We look forward to long and continued growth in Vista.”

Below is a list of other notable food and beverage companies that are either based or have a location in Vista.  View an interactive map here. 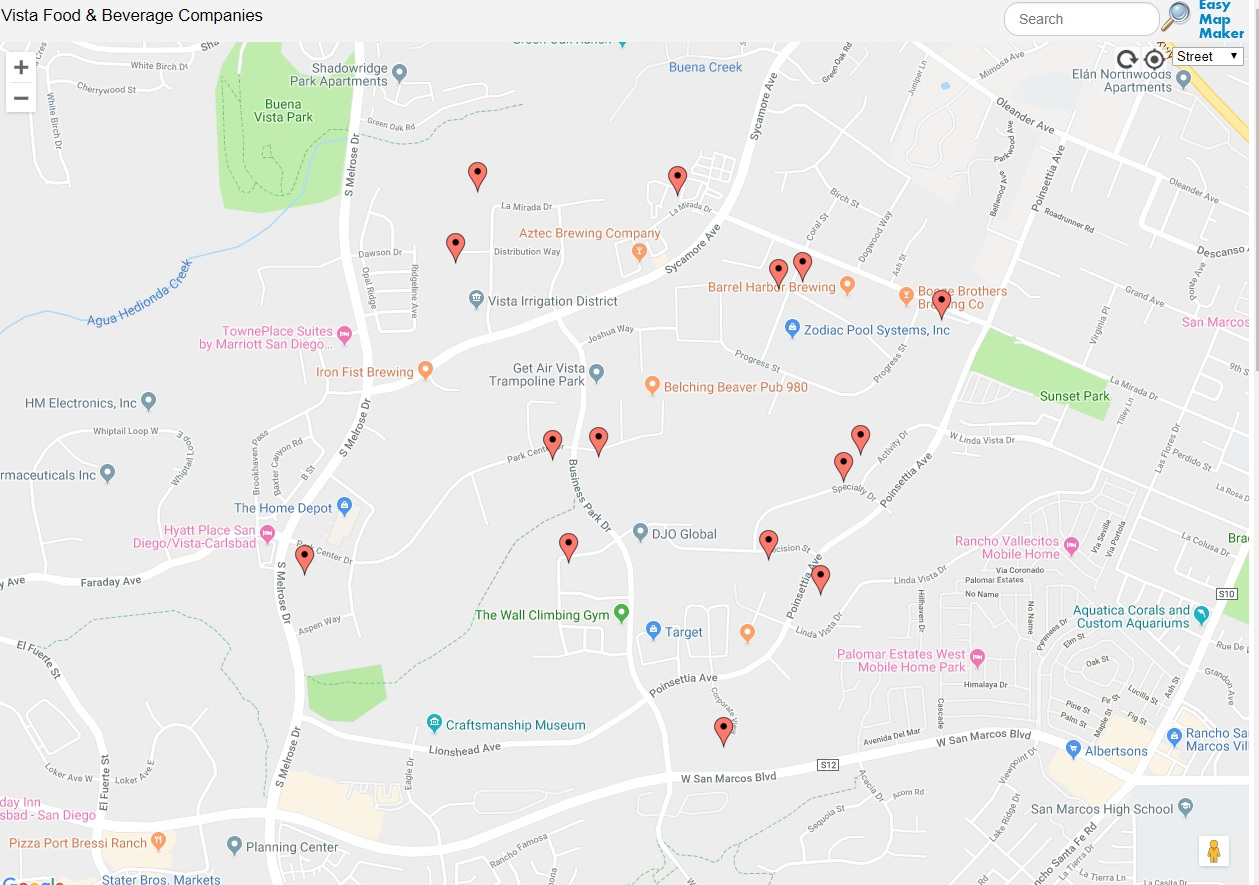 “From small, family-owned businesses to larger corporations, Vista has become a hot spot for food and beverage companies,” said Kevin Ham, Vista’s Economic Development Director. “The city works closely with these companies to provide the resources and guidance they need to succeed. These thriving businesses are what help make Vista an attractive place to live, work, and play.”