From energy management to lithium battery production, communications tools, industrial lasers, entertainment products and more, Vista-based business incubator Open Source Maker Labs (OSML) is on a mission to “give back” to the community while fostering innovation and entrepreneurship. OSML was launched in 2014 by Dan Hendricks, a retired U.S.Navy captain devoted to developing the next generation of innovators, engineers, scientists, and leaders. The business incubtaor is a part of the Startup78 initiative, supporting startup companies, inventors, and entrepreneurs, as well as established and growing companies, along the 78 Corridor. OSML’s lab spaces are also organized in an open floor layout to facilitate collaboration and discussion between members.

One company that has benefited from using OSML’s space and resources is Vista-based Flux Power, which develops advanced lithium batteries for industrial applications such as electric forklifts and airport ground support equipment.

Included in Flux Power’s systems are electronic control units built in sheet metal enclosures. The company’s original method of engineering was to design these enclosures as three-dimensional CAD drawings in a 3D CAD software called Solidworks, then send the design files to a sheet metal fabricator to produce a prototype, who would then ship the item to Flux Power. If there were any errors in the prototype design, they would have to repeat the process, which could take weeks, and is costly. 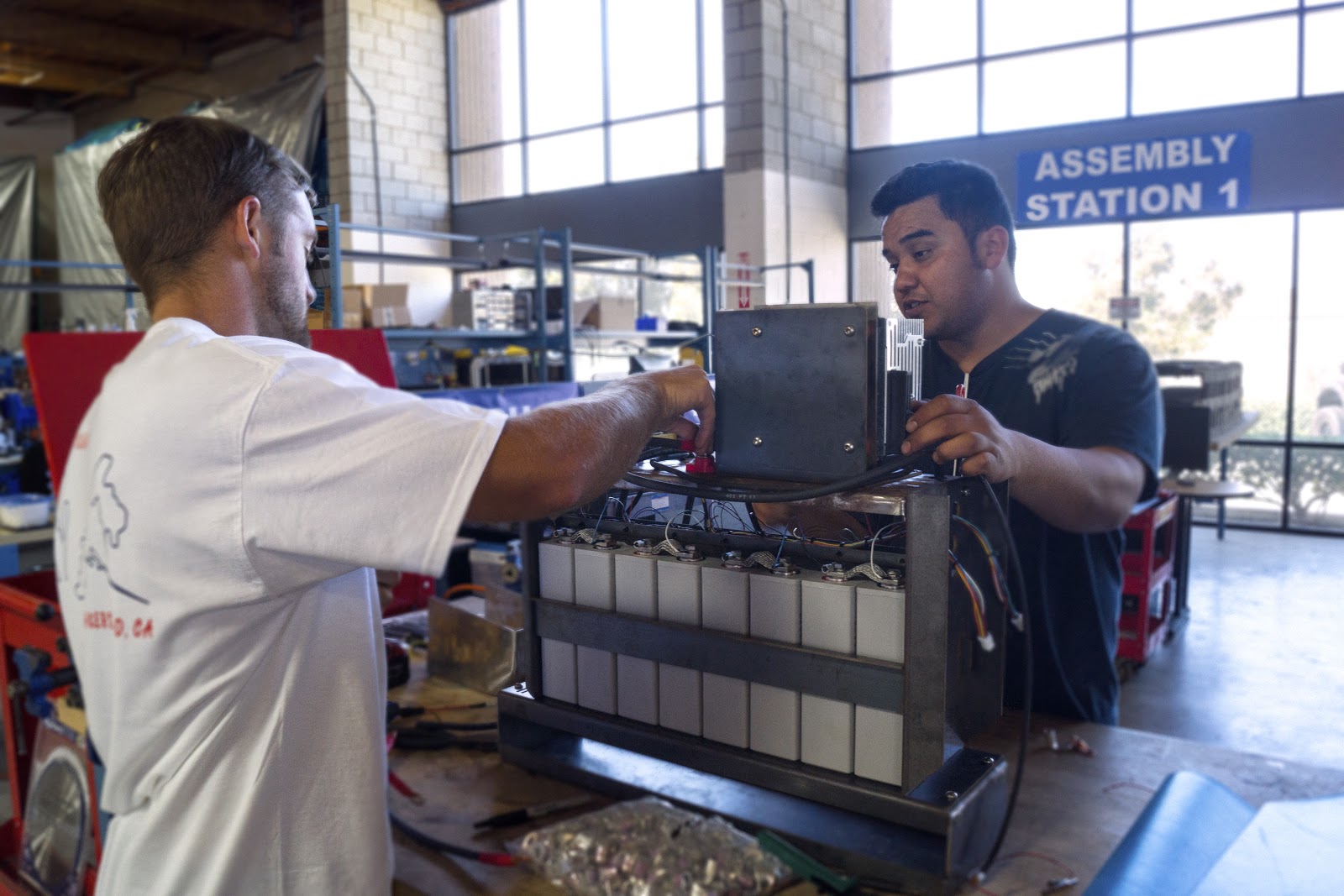 For the new process, Flux Power brings its design files to OSML (which has the same Solidworks software) and the engineers use the laser cutter to cut out acrylic sheets to make the prototype instead of metal.

“Since we're just a few blocks away, they can quickly validate the dimensions of the prototype in as little as one hour and at a fraction of the material cost. By adding that step of rapid prototyping at OSML, they were able to significantly reduce their overall development time and costs,” Hendricks explained.

As an inventor, Paulus Geantil, Flux Power’s CTO, was impressed by the idea of having high tech tools available without the large upfront cost of having to buy the equipment.

“I had been personally responsible for the rapid prototyping of many of our concepts as I own several robotic machines myself, both purchased and self-built. But a place like OSML would allow these capabilities to be shared amongst my entire team and not have the entire burden on me,” he said.  “OSML helps us across the board in our ability to imagine, and then realize designs quickly. OSML has sophisticated tools (software and robotic and hand tools) that allow a person to walk in, conceive, design, fabricate, and quickly iterate an idea to a working prototype quickly. We can do things in hours and days instead of weeks and months.”

Geantil said the traditional process of product design can be very lengthy - for a startup, this can make things either very expensive or just take too long. Most startups, he said, can’t afford an entire CNC machine shop, fabrication tools, and personnel necessary to create viable and testable prototypes. The tools available at OSML, he said, can really give a startup company a head start and a fair chance of delivering the innovations necessary for modern products.

“There are so many amazing ideas that can now be easily and inexpensively developed by those who conceive them,” Geantil said. “This allows an exponential increase in the overall innovation of society as a whole. When I was a child, I thought up a way to help my parents with their business by making a program to automate some of their busy work. The tools and training were simply terrible at the time, but I was able to help them. A year later a company built similar tools, selling for $30,000.

Had I had OSML back then, just imagine.” 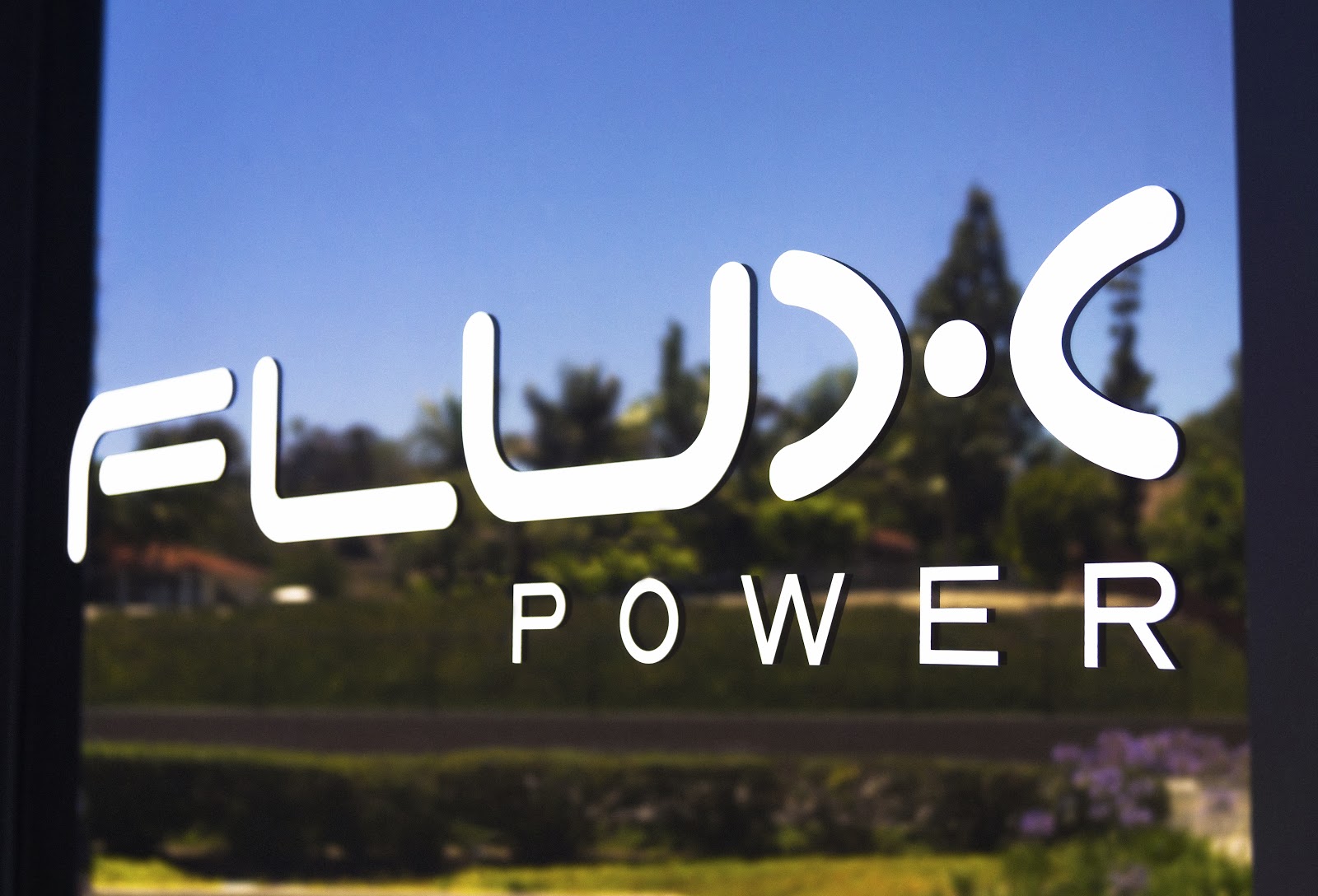 For now, Geantil is happy growing with Flux Power. In fact, the startup is expanding from a 30,000 square-foot facility to a 100,0000 square-foot building in Vista.

“Vista has grown from a farm and flower community to something of a minor Silicon Valley type community,” he said. “The people here are well educated, ambitious, and driven for a change for the good. Vista had no idea what it would become. But now the city finds itself as a place where businesses can really flourish.”

Flux Power certainly fits into that growth realm. The company - which was spun out of Epic and founded by Chris Anthony and Michael Johnson - was first launched in 2009 to build energy storage systems for Epic. Then in 2012, Flux moved more toward grid energy storage solutions.

“The addition of artificial intelligence into our systems allows an unprecedented capability of system optimization and longevity, perfectly suited to their environments,” Geantil said. “Essentially, we have given our systems human-like ‘feelings’ that allow them to train and perform for particular applications. Just like people, any electrochemical energy storage system needs the right environment to reach its full potential.”

Flux Power, which has grown its workforce from about 30 people to 75,

“Our orders have gone from two-to-five units per order to 40-to-80 per order, so you can imagine this is a very exciting time,” Geantil said.

Geantil said Flux Power’s growth and success were made easier with the support of OSML.

“OSML’s value is immeasurable,” he said. “Imagine the next big idea comes from a 13-year-old girl who has this idea to better something, and it turns out to be so much better than Facebook. And all these people join up to the idea and all of a sudden you have a thing that can employ 100 or 1,000 or more people.  How can one measure that potential? OSML can facilitate such a thing. As an inventor, I often listen to the ideas people have. So many people have at least one idea that can make a better world or an easier world. But there is this barrier to realizing one’s idea. OSML lowers that barrier. OSML truly makes dreams happen, at least for inventors.”

Vista-based K-Tek, which makes high-end TV and film production products, has also had success with OSML’s equipment and lab, particularly the laser cutter and 3D printers to make specialized parts.

“Having local, quick access to rapid prototyping capabilities really gets the creativity of their employees going - they can experiment and try new ideas in a much shorter time and at a lower cost,” Hendricks said. “For both Flux Power and K-Tek, the main benefit is helping them to innovate more quickly and economically. They can prototype new products, or experiment with improvements to existing products.”

“Our former Product Manager met him there and ended up at a Tech Talk and a tour at OSML, where he identified the potential OSML could offer us for special projects and new product development,” said K-Tek President Brenda Klemme.

“Since using OSML, K-Tek has been able to quickly evaluate product concepts/ideas without interrupting our machine shop and assembly workflows. A concept/idea is quickly sketched out and we can then 3D print or laser cut proof-of-concept and evaluate/tweak them quickly.”

“These time savings are invaluable and help us quickly (and cheaply) determine whether we’re going to pursue a product idea or not; this is right along the ‘fail-quickly’ approach to R&D and we can go from idea to a go/no-go decision with a proof-of-concept in hand within 24-to-48 hours,” she added.

K-Tek, which has 11 employees, has also built custom dealer-displays at OSML, thanks to the space and tools there, Klemme said. Otherwise, she said, it wouldn’t have been feasible to do in-house and too expensive to farm out to a third party.

Since its founding in 1996 by Manfred N. Klemme, K-Tek has supported the motion-picture industry with innovative tools for sound engineers and microphone boom operators. Klemme’s first mission was to design and

manufacture a line of U.S.-made boom poles that were lightweight and strong. In 1999, K-Tek won a Technical Achievement Award (aka a Technical Oscar) from the Academy of Motion Picture Arts and Sciences for the Klassic Boom Pole. Since then, the company has earned many other awards and a stellar reputation in the industry for making audio-centric products including Klassic, Avalon graphite, and aluminum boom poles.

K-Tek was the first company to come out with DSLR and GoPro accessories.

In 2018, K-Tek founded the Airo by K-Tek line to provide a variety of fundamental audio tools, based on those used on Hollywood production - at prices to suit entry-level users, students, and amateur filmmakers.

For Klemme, OSML has been a big part of K-Tek’s success. 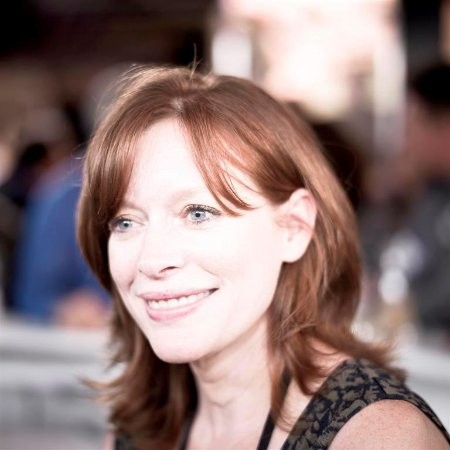 “OSML is one of the key organizations in the region fostering startups. Their facility and tools enable a broad spectrum of entrepreneurial spirits to turn an idea into a company; it is also a great hub to exchange ideas, learn, and grow,” she said.

“However, the most important benefits OSML brings to the region are lobbying for science and practical experience; they are fostering young talents, incubating new businesses, and giving students the opportunity to implement dry-class-room-studies in real-world applications.”

Indeed, OSML has evolved as a real connector for the region’s ecosystem over the past five years.

“We've built a lot of bridges between people and organizations in North County - industry and academia, students and employers, government and industry, military and civilians,” Hendricks said.  “We have experience (and understanding) in all of those sectors, and just make connections and introductions between them when we see common goals. That's definitely not a revenue model, but we feel it's important to ‘pay it forward,’ and encourage others to do the same. In that respect, we've been exploring the idea that we might be best described as a social enterprise - an organization that applies commercial strategies to maximize improvements in financial, social and environmental well-being.” 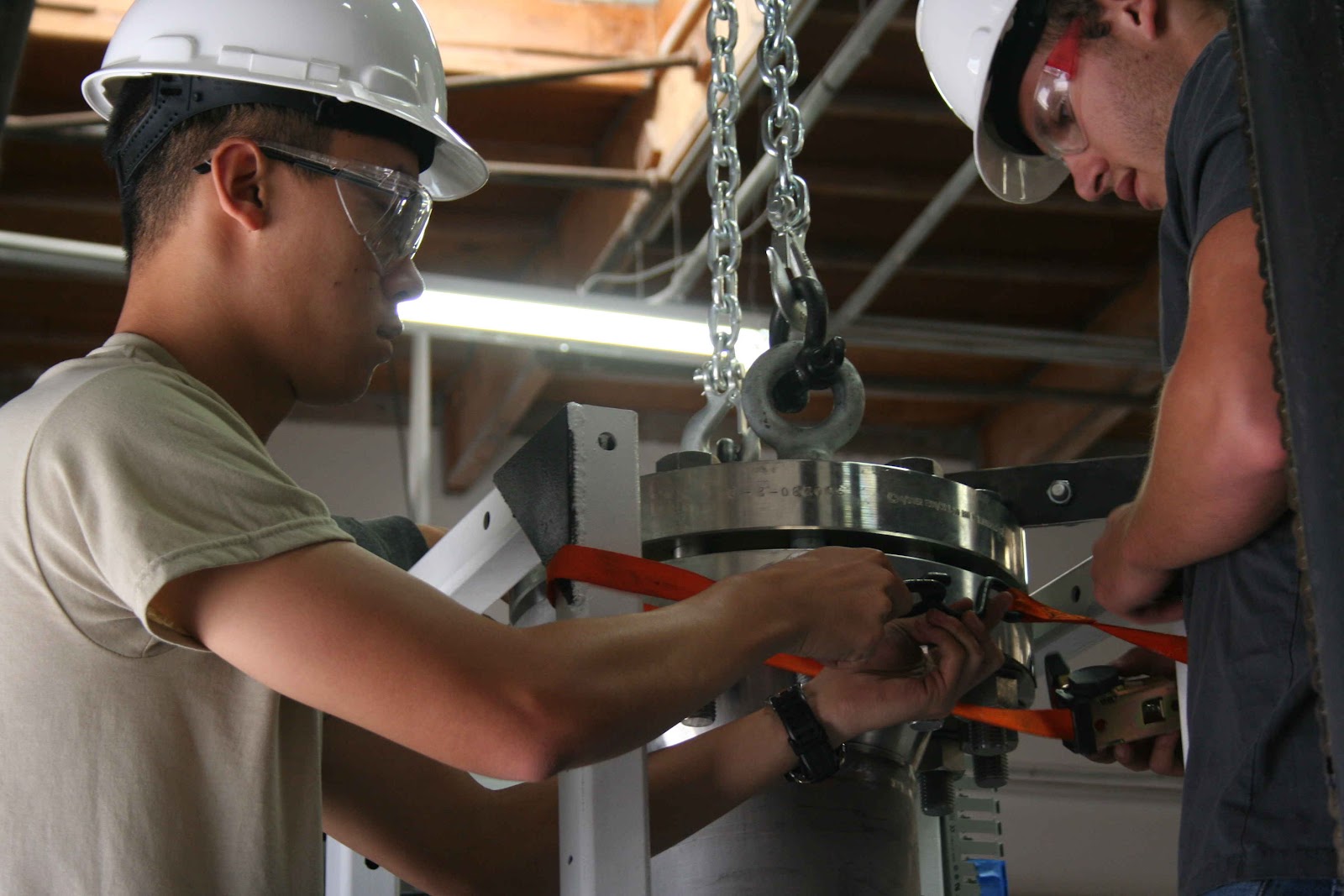 Hendricks said OSML, whose initial funding was through self-funding and crowdfunding (Indiegogo), operates as an S Corporation and not a nonprofit.  “We often get the question ‘aren't you a non-profit?’” he said. “Our rationale for not being a no-profit funded by grants and donations is if we're going to be encouraging people to take on the risk of a startup, we wanted to ‘walk the talk.’ I really couldn't hide behind a taxpayer-funded grant and tell other people to take on the personal risk of a startup.”

Instead, OSML operates on a monthly fee-based membership system, allowing members and makers to learn, create, and collaborate with flexibility.

Other companies that have benefited from OSML include: 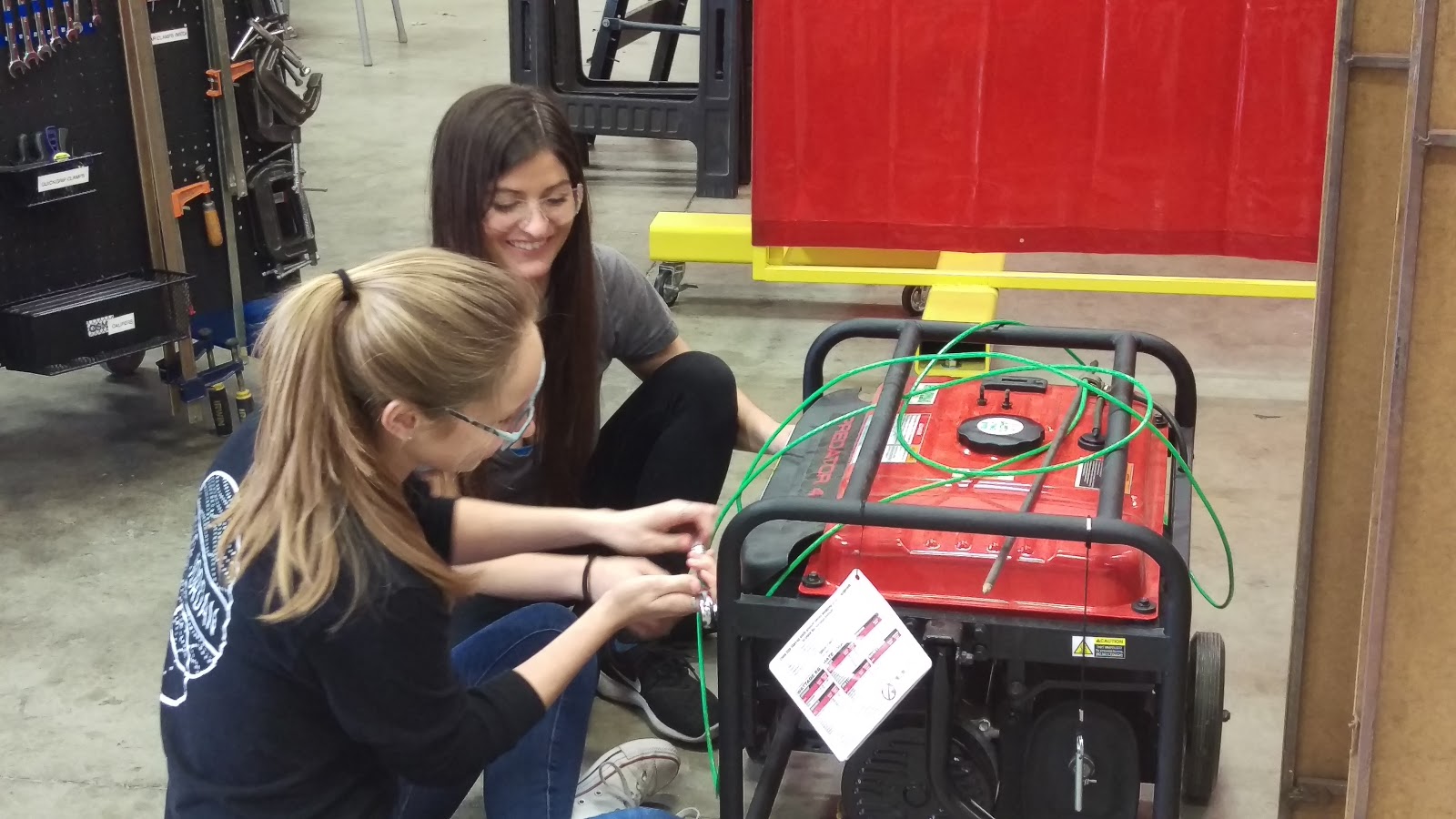 Inspiring the next generation of scientists, engineers, and entrepreneurs.

“Dan Hendricks has really created a strong ecosystem within Vista and North county,” said Kevin Ham, Vista’s Economic Development Director. “OSML is not only a valuable resource to our local businesses but also to students who have dreams to become inventors and entrepreneurs. All of this creates more innovation and jobs in our region.”

Editor’s Note: This is part 2 in a two-part series about Vista’s Open Source Maker Labs accelerator and its mission to create connections and collaborations in the North County business community as well as foster entrepreneurship in the region and prepare the workforce of tomorrow.  Read part 1.

To hear more about the origin of OSML, listen to Dan Hendricks on the Tacos & Tech podcast (Soundcloud, Google Play, iTunes)