About nine years ago, Daniel Love and fellow downtown Vista business owner and friend Clay McCarthy were chatting at the Vista Strawberry Festival and thought it would be great if they could create a beer and music festival.  A year later, Love, Founder and President of Mother Earth Brew Co., launched what was then called Blues and Brews in downtown Vista.

“We hoped it would help bring awareness to Vista residents that downtown was a fun and safe place to hang out,” Love said.

Well, it certainly did just that. The event, now called the Rhythm & Brews Festival, has not only drawn local residents to the heart of Downtown Vista Village each year but also visitors from all over the country. The festival, which happened on May 4, 2019, is now run by the San Diego Brewers Guild (SDBG) and attracts about 2,500 visitors who get the chance to sample over 100 brews from more than 50 award-winning craft breweries, all while enjoying tunes from local musicians.

“Without the businesses, breweries, City of Vista, the San Diego Brewers Guild, and the residents all coming together, this event would never have happened,” said Love, who added that now that he doesn’t run the festival, “I can just enjoy some of the best craft beer in the world while listening to music.”

Paige McWey Acers, the SDBG’s Executive Director, said Vista is the perfect locale for Rhythm & Brews, which it calls its annual spring festival.  “I was born and raised in Vista and still live here with my family. For much of my childhood, Vista was never really a North San Diego County destination for tourists,” she said. “However, I've been able to directly see this change over the years with the help of our city's craft breweries, exciting atmosphere, and awesome people. It's hard to pick just one brewery to call my favorite. With more than 20 brewing locations in the city alone, Vista has truly turned into a ‘must-visit destination,’ especially for the world's craft beer fans.”

In the spirit of giving back, proceeds from this year’s Rhythm & Brews Festival will benefit two local nonprofits: North County Food Bank and the San Diego Brewers Guild. Additionally, fans are able to make a donation to the Virtual Food Drive on behalf of the San Diego Brewers Guild here. Festival-goers can also bring non-perishable food items to donate at the festival.

“Connections and partnerships like this are so important to our industry, as shown by the $4.9 million in philanthropic contributions in 2017 from San Diego brewers,” Acers said. “We want to continue those efforts by supporting other local nonprofit organizations whenever we can.”

With the festival pretty much in his “backyard,” Kris Anacleto, CEO and co-owner of Vista-based Booze Brothers Brewing Co., said it was natural for him to get involved with the annual event. Anacleto, Rhythm & Brews Committee Chair and Vice President of the SDBG, said the festival’s growth is a testament of the Vista’s craft brewery prowess, as well as the city’s overall charm.

“Rhythm & Brews (R&B) fits in well with a lot of the other bigger festivals throughout Southern California, but it's rare to have such a strong festival in an area like Vista,” he said. “Coastal and downtown San Diego festivals make sense because those are the ‘obvious’ tourist areas, but having something like R&B tucked away in our smaller area is really special. I think it's a testament to what Vista really has to offer.  R&B grows every year, but we're always looking to expand on our already existing festival. The more support we get from the local community, the more we'll be able to offer year after year.”

Anacleto said while the festival has seen changes every year - types of music, how many stages, sponsorships, and food vendors - one thing remains the same - the consistent quality of the beer.

“This year is shaping up ‘nicely’ with an even bigger VIP section, and we're extra excited to have Matt Costa headlining the festival,” he said. “Having an event like this so close to our brewery also helps with exposure to our location for attendees who come from out of town. 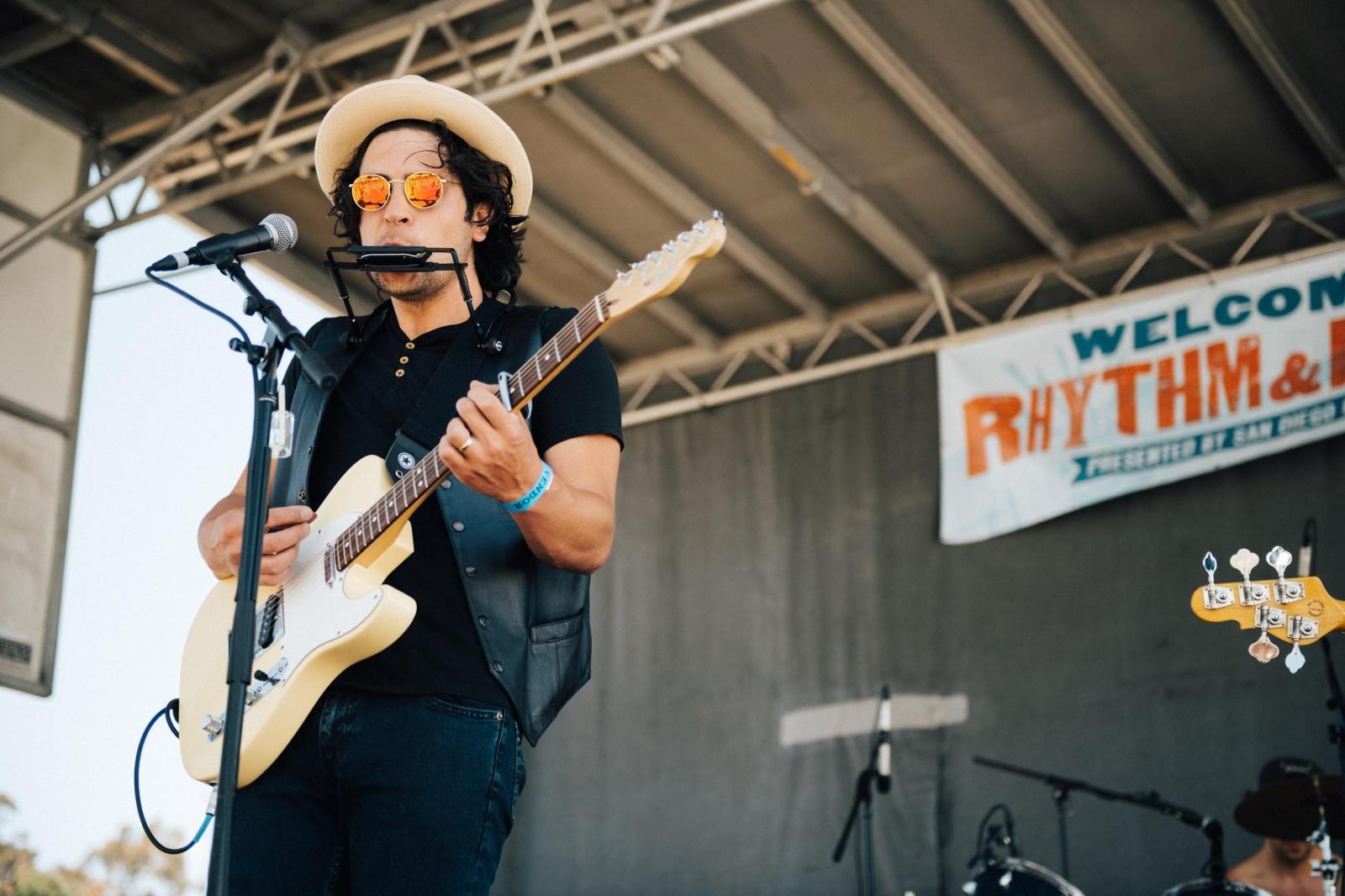 “I think the neighboring businesses love the exposure the festival brings them, especially the bars and restaurants that carry craft beer,” Anacleto added. “I think this festival definitely helps out with tourism and showcases  Vista's downtown growth over the years.”

Another downtown Vista business owner who has felt the positive economic impacts of the Rhythm & Brews Festival is Natalie Trevino, owner of Twice on Main, an upscale resale clothing and accessories shop.  Trevino, who has had a long time career in retail management, opened Twice in June 2011. She has been excited to experience Vista’s downtown revitalization, including the growth of the Rhythm & Brews Festival.

“I took a chance on downtown Vista due to lower rents and the sweet hometown vibe. Two weeks after I opened, Mother Earth tasting room opening one block down and the rest is history,” she said. “I lucked out.” 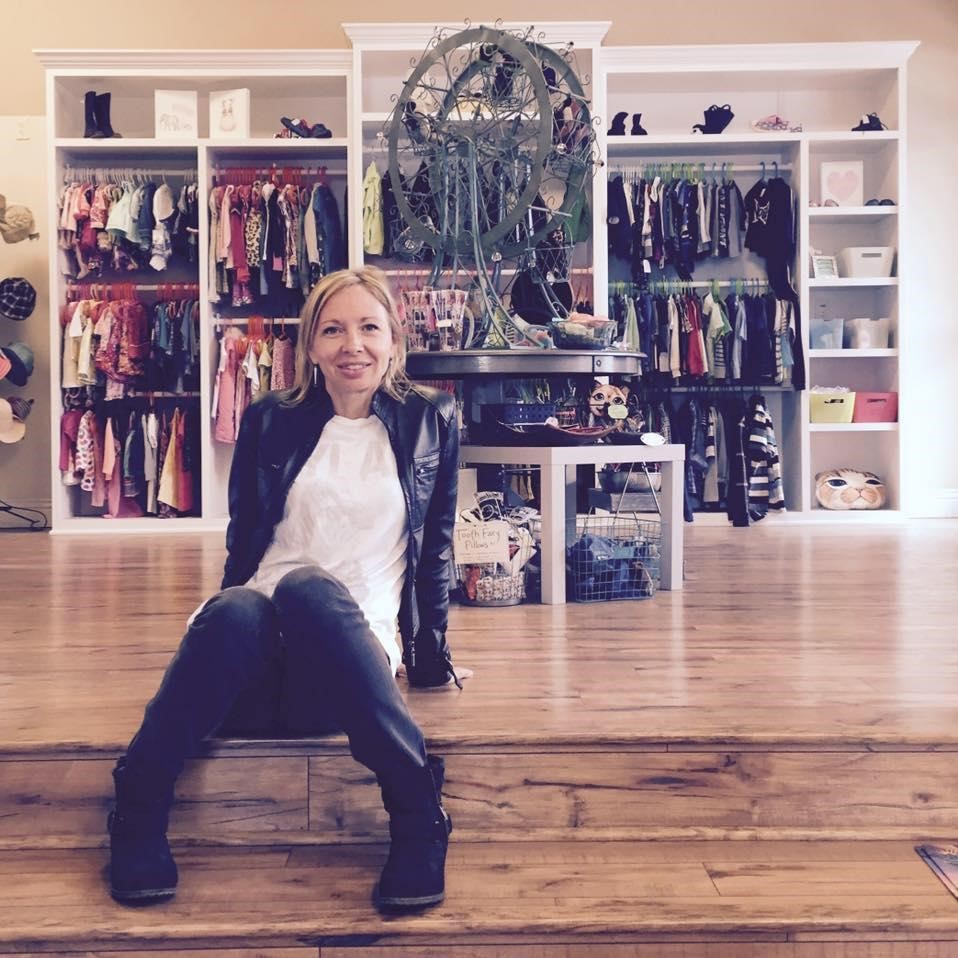 While her shop does not directly participate in the Rhythm & Brews Festival, she attends the event every year and said it has brought more customers to her shop. “I remember attending the very first Rhythm and Brews - it was small and mellow, and we walked down Indiana Street saying hi to other locals and enjoyed just a few of the local breweries,” she said. “Now it’s a major event. It’s growth speaks volumes to the popularity of craft beer in Vista and brings thousands of new folks to downtown. All the events downtown bring me awesome exposure and people return after these festivals and say ‘I saw this shop during Rhythm & Brews and had to come back.’”

The Rhythm & Brews Festival also coincides with California Tourism Month, which is celebrated the whole month of May.

“The city is proud to not only welcome thousands of locals and visitors to Vista during the Rhythm & Brews Festival, but year-round with our various award-winning breweries, public art program, as well as our historic downtown,” said Vista Mayor Judy Ritter. “Tourism has made a great impact on our city.  A large portion of visitor tax revenue goes to our city budget, allowing us to invest in infrastructure improvements and public safety resources, making the community even better for locals and visitors alike.”