City leaders across the nation are tapping more and more into art to help revitalize and grow their cities into vibrant communities. Keeping with that trend, the City of Vista - recognizing that art can be a magnet for economic growth - continues to boost its local public art projects.

In fact, Vista offers a robust Public Art program, which includes Kites Over Vista, the Vista in Bloom Utility Box mural program, downtown murals, and Civic Gallery exhibits. As part of that, Vista had a call to artists for a sculpture at the Paseo Santa Fe II Roundabout Proposal with a deadline of March 4, 2019. Meanwhile, artist proposals for a utility box art project for the City were due February 21.

The Vista Public Arts Commission, established in 2003, has worked with city staff to implement a wide range of public art in Vista, including, to date, 32 sculptures, 31 murals, and 23 “kites” on display. 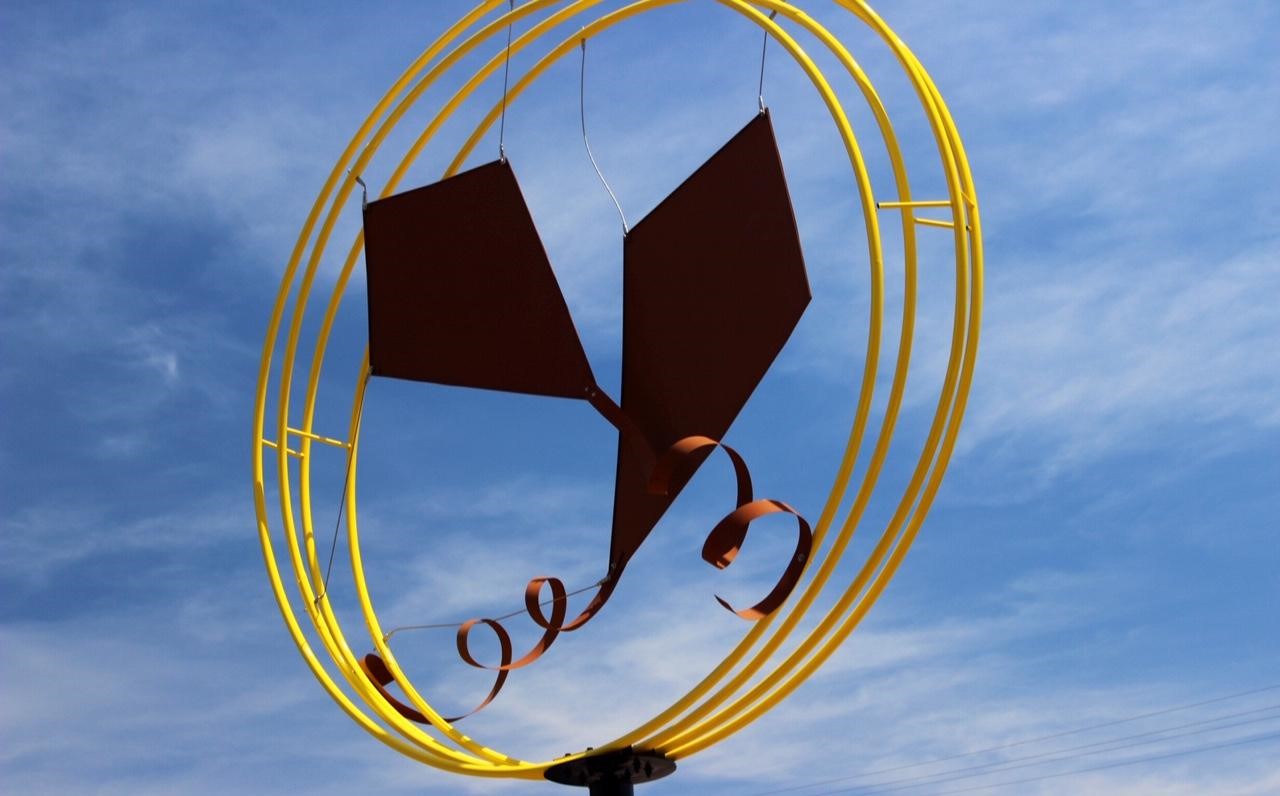 Kites Over Vista by John Meyer

One local artist who has been involved with the Kites Over Vista program since 2014 is John Meyer. “Public art can reinforce a ‘sense of place,’ which helps a city or neighborhood/district stand out. It also attracts people to an area and creates a dialog or speaking points that people take back with them,” said Meyer, whose son Nico has also contributed to Kites Over Vista. “Additionally, art provides residents with a sense of pride and ownership.”

“Vista has a strong art community,” he added. “Many organizations work together to support the arts. It’s a great place to be an artist, particularly if you’re just starting out.” 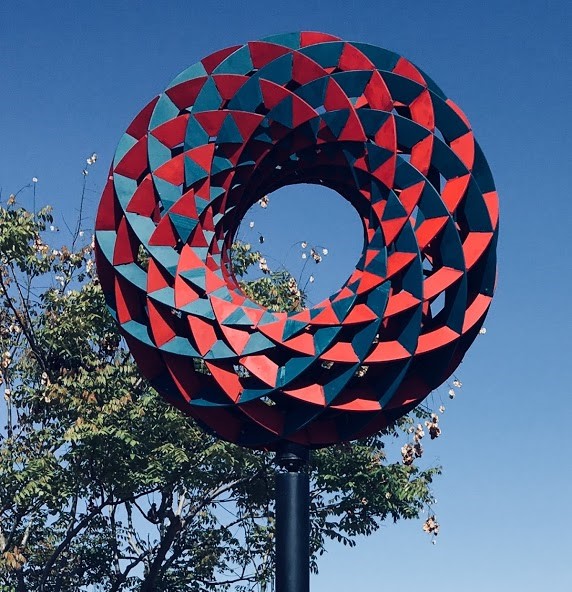 “Context of Awareness” sculpture by Nico Meyer in Downtown Vista

The City of Vista is also known for its various murals, including the famous one by North County artist Clayton Parker, which depicts the city's rich history, including images from the time when Native Americans lived on the city's rolling hillsides to the annual "Vistacado" avocado festival parade that took place back in the day. The 562-foot mural, dubbed “Journey Through Time,” was the longest one ever painted by hand by one person in the U.S. when it was completed in 2005, according to Jackie Koop, who oversaw the project and who was, at the time, head of design for the Vista Village Business Association. 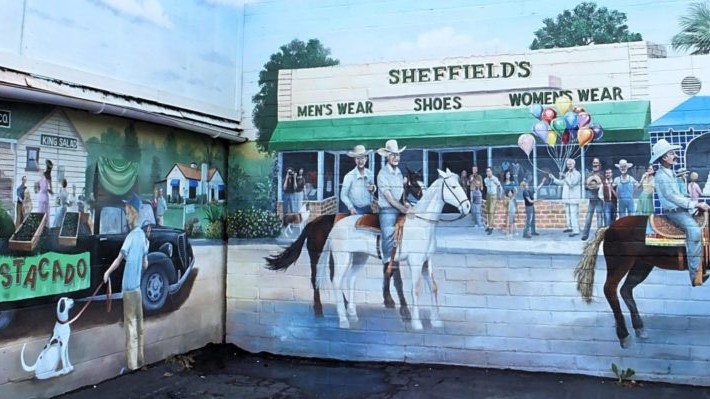 A portion of Vista’s famous downtown mural by Clayton Parker

Since then, several other murals have been painted on buildings and even skate parks throughout Vista.  “I’m delighted that people are coming to see the increasing number of public art displays in Vista,” Koop said.

Koop, who has owned Visions in Art & Custom Framing in Vista with her son Chris for more than 30 years, said many of their customers from around Southern California and around the world are also enamored by Vista’s eclectic mix of art.

“I have customers from Canada, Germany, France, and Pakistan and other places who continue to come back to Vista because they appreciate the public art and love our unique community,” the longtime Vista resident said. “They make Vista a destination when they travel.”

“So many people have loved what has happened to Vista with the murals and other art,” Koop added. “For me, it all started with bringing unity to the community.  All the art has brought unity, but it has also brought life into the community and has boosted the city's economy. For example, people can grab a meal, go to a movie, or just enjoy the breweries. We have so much to offer in Vista.”

In fact, arts and culture were a popular economic development topic among mayors in 2018, coming in second to downtown development, according to  the National League of City’s 2018 State of the Cities report. 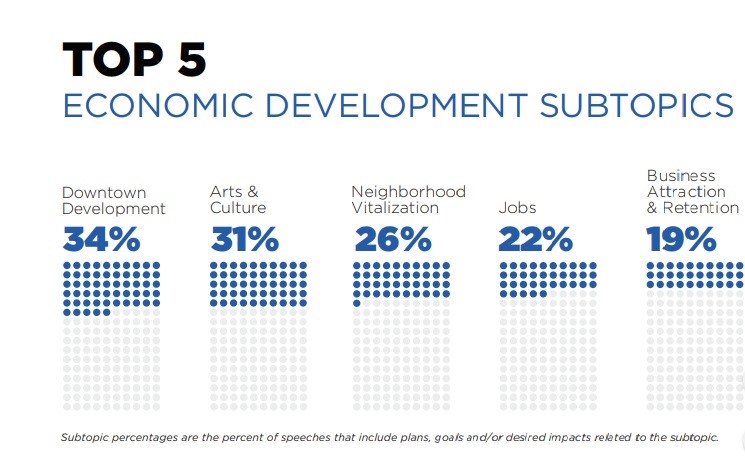 NLC’s 2018 State of the Cities report shows 31% of U.S. mayors discussed the importance of arts and culture when talking about economic development in their 2018 state of the city speeches.

“Art can be an important part of a city’s economic development and growth strategy,” said Kevin Ham, Vista’s Director of Economic Development.

“The arts in Vista also help build our community profile and add value to our residents. It provides an avenue for local artists to show off their talents, and can often bring visitors to the community, as well as professionals who are seeking a vibrant area to live, work and play.”