On Thursday, April 11, Vista Fire Chief Jeff Hahn introduced a new well-being ‘tool’ for firefighters during an official ceremony for the Fire Department. The ceremony took place at Vista Fire Station #1 and included an official “handing off” of Clifford from his dog trainer, David Greene of Performance K9 Training and Thor’s Hope Foundation, to his new handler, Ned Vander Pol, City of Vista Deputy Fire Chief.

First responders, including firefighters, often deal with occupational stress from what they have experienced on the job. Deputy Chief Vander Pol’s integration of his  trained, therapeutic facility dog, Clifford, to the Vista Fire Department is expected to help reduce workplace occupational stress.

“We are pleased to introduce Clifford to our firefighters,” said Jeff Hahn, Vista Fire Chief. “First responders, including firefighters, often deal with occupational stress and Clifford is our newest ‘tool’ in our wellness tool kit to help provide for the well-being of our firefighters.”

Firefighters witness more trauma than the average person and Clifford will be used as an additional  approach to help Vista firefighters relax and unwind from the stresses of the job. A facility dog is expertly trained in obedience and specialty cues and is used in work settings under the direction of a professional partner or handler. The handler is  trained in specific techniques which enable the dog to maintain a calm and polite manner in all situations and to be adaptable to interactions with a variety of people in difference situations. Initially trained as a mobility service dog, the two-year-old chocolate Labrador Retriever was re-trained by world competitor David Greene, the founder of Performance K9 Training. Greene also serves as the Training Director of Thor’s Hope Foundation, an organization that provides service dogs to those in need including military veterans.

In addition to Clifford’s training, Greene has had training sessions with Clifford and Vander Pol and describes both the dog and handler as the perfect match. “Clifford has undergone more than two thousand of hours of training aimed at showcasing his impeccable manners toward everyone he meets,” said Greene, adding how Clifford began his training with him in April 2018. “The bond between Clifford and Ned was almost instantaneous.  Ned is an impressive dog handler and Clifford is highly responsive to Ned which make them a top-notch team with a bright future.”

“Clifford and I look forward to helping firefighters deal with the stresses of the job,” said Vander Pol. “ We are excited to be a part of the solution.”

When ‘on duty’ Clifford will wear a vest identifying his status, visit the six Vista fire stations, and occasionally assist firefighters during educational outreach events. While the use of a facility dog is not new to cities across the nation; Clifford is the first facility dog used to provide comfort and emotional support to firefighters in the San Diego region. Deputy Chief Vander Pol owns the dog and will be organizing the site visits and other activities for Clifford.

The City of Vista has a population of over 101,000 and operates its own Fire Department, including six strategically located stations. In 2010, the Department became the first Accredited Agency in San Diego County through the Commission of Fire Accreditation International, and remains the only accredited civilian fire department in the County. Last year, the Vista Fire Department responded to 14, 477 calls for service.

Thor's Hope Foundation was established in 2013 as a private foundation providing mobility service dogs and trained facility dogs for an array of therapeutic benefits. Through education and public outreach, Thor’s Hope Foundation dedicates itself in increasing awareness regarding the value service dogs bring.

Performance K9 Training is a boutique dog training facility in North San Diego County which helps pet parents achieve the perfect pet relationship. Greene is recognized nationally and internationally for his talent with dogs representing the United States on four world teams, placing third and ninth in the world. 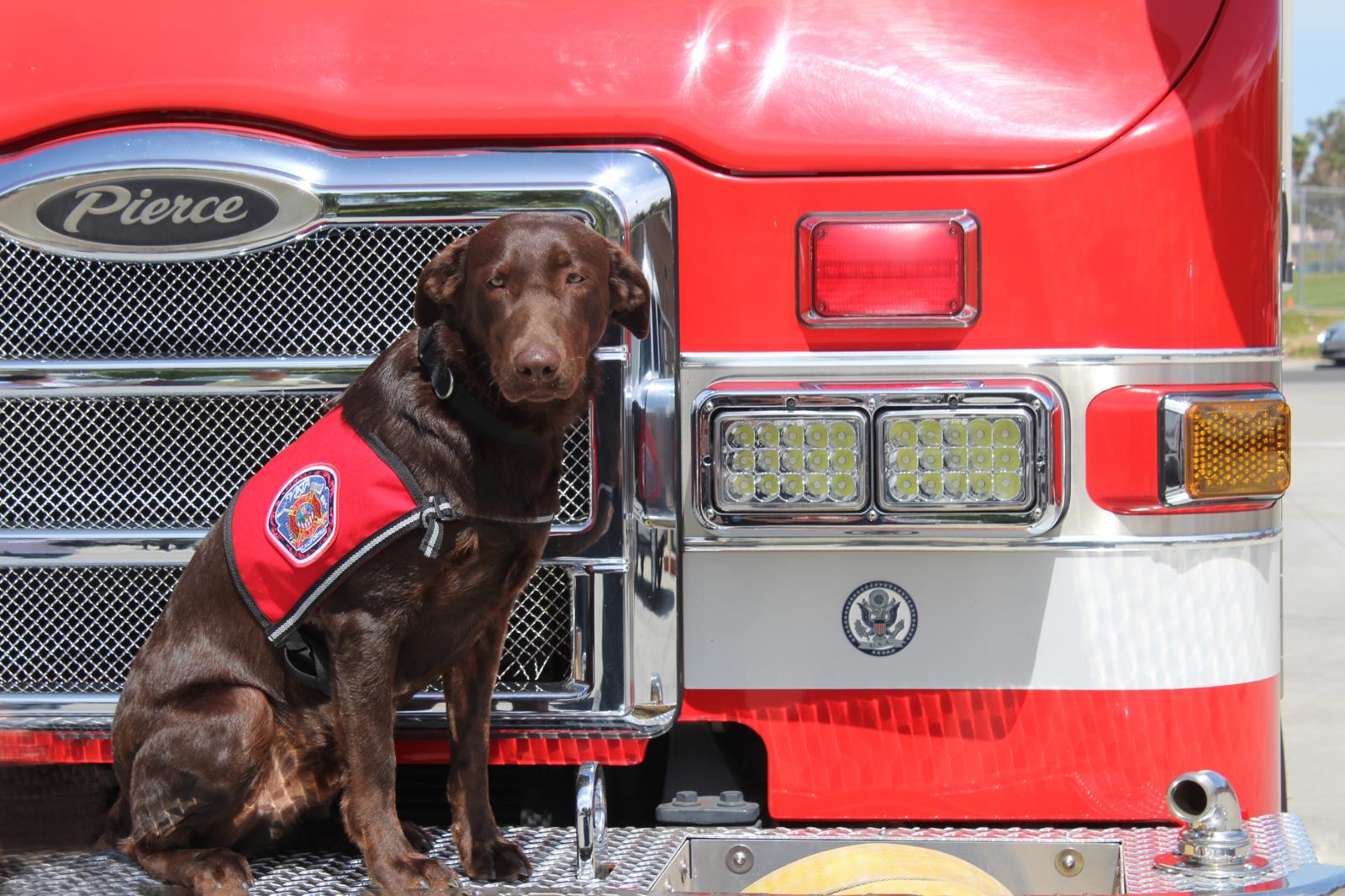